The capture of non-simultaneous stereo pairs is essential for all studies read by the Central Administrative Research Facility (CARF). Good stereo images require pupillary dilation of at least 6mm. Stereo images are captured with a lateral movement of the camera base between the two images. The camera should not be rotated or pivoted, only moved from left to right with the joystick or by sliding the camera base.

It is customary to capture the left member of the pair first. 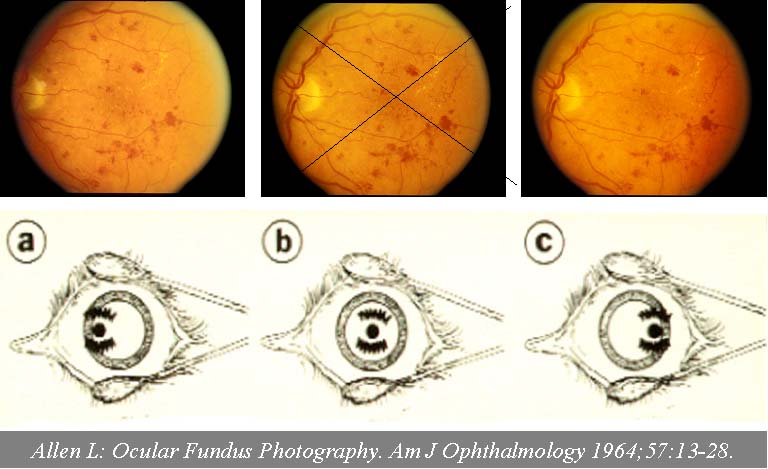